Home / About Acupuncture / Holidays and Overeating 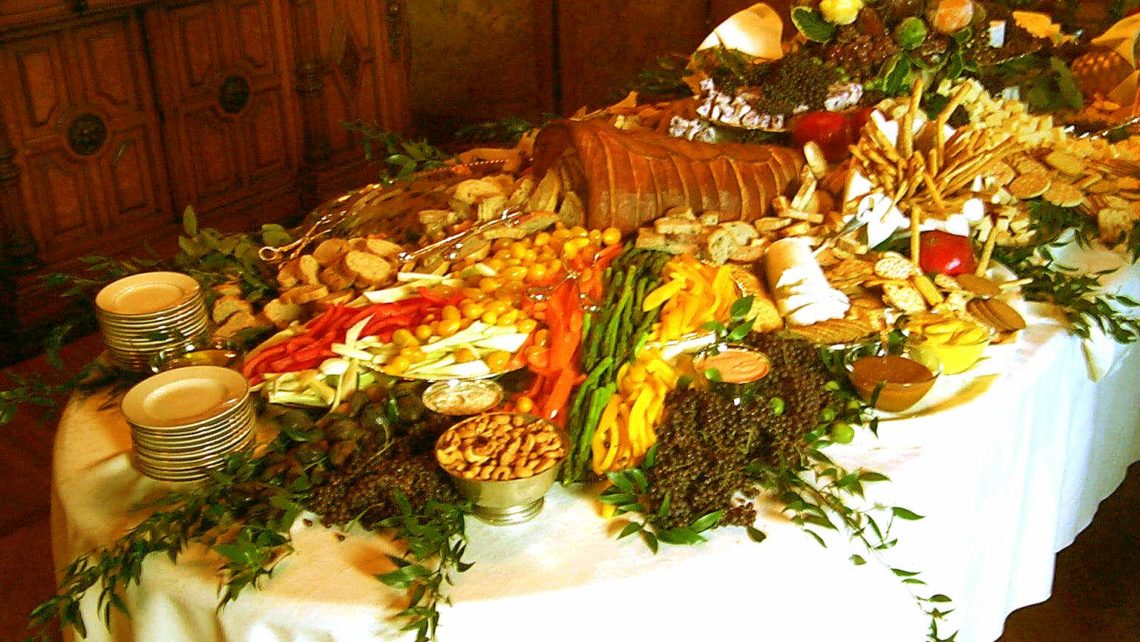 No matter which holiday(s) you celebrate this season, the widespread amount of food, spirits and cheer is hard to miss.  Most people in my sphere, whether friends, family or patients tend to indulge a little, or a lot between Thanksgiving and New Years.  There’s no crime in it.  You’ve got to live a little right? However, this overindulgence doesn’t go without a price.

Here, Here to bloat and gas!

Hams, pies, potato latkes and other heavy comfort foods like those laden with thick gravies may be festive and delicious but they are also composed of high unsaturated fats.  They tend to slow the digestive process which may lead to abdominal pain (bloat and gas), and poor digestion.   For those born with a weak disposition, (or ’Constitution’ termed in Chinese Medicine) ingestion of these foods may make pre-existing symptoms even worse.

Around the holidays, partying tends to occur in the late hours close to bedtime.  What happens? The undigested food sits around inside the belly, unable to transform properly. Eventually it begins to decay, thus becoming a form of stagnant Qi (lack of flow). This Stagnation eventually forces the digestion to ‘rebel’ which causes one to feel sick.  ‘Rebellious Qi’ is that sharp acid reflux, a term we use in Chinese Medicine when the correct Qi flow is countered, running in the opposite direction.  Rather than the body being able to unwind, relax and fall asleep at night, it is forced to contend with copious amounts of heavy undigested food, overriding it’s natural Yin state of passivity and restoration.  If the partying lifestyle exceeds the mere holiday period, digestive and sleep disturbances (insomnia) may ensue, becoming a chronic issue.

At Acupuncture RemediesTM we treat a wide variety of folks with digestive disorders.  If it’s holiday related, symptoms will most likely be acute and very treatable, with a speedy recovery.  If it’s a chronic illness on the other hand, the treatment process will most likely take longer, requiring a treatment protocol of weeks to months. According to Chinese Medicine, our Gu Qi is our first burst of energy,  directly deriving from the food ripened by the Spleen and Stomach.  In order to keep the systems optimal, we start with stabilizing these energies first.

At home one may take  proactive measures by going outside for fresh air. A gentle walk for 20-minutes either after eating, or before bedtime may use up some of the energy absorbed from the meal; and depending on the climate may even cool down the individual. One’s breathing will also benefit as the oxygen inhaled will enable the body to digest food more efficiently. This movement may help the small and large intestines move the eaten food – shake it down, as it were – but the idea is to move your Qi.  And when Qi is flowing all systems work that much better.