Home / About Acupuncture / How acupuncture can help treat Uterine Fibroids 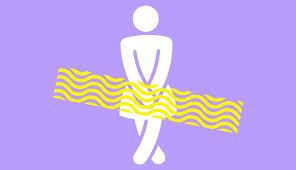 Uterine fibroids are solid muscle tissue growths in the uterus. They are also called fibroid tumors, myomas, or leiomyomas. Fibroids occur so frequently (in up to half of all women over forty) that they could be considered a normal irregularity. The occasional fibroid can become enormous (medical literature reports one that was 100 pounds!), but the majority (80%) remain as small as a walnut.

Fibroids are the number one reason American women have hysterectomies

The causes of uterine fibroids are unknown, but estrogens, especially estradiol, promote their growth. After menopause fibroids disappear. But because estrogen levels can rise during the early menopausal years, previously asymptomatic fibroids may grow in the years just before the cessation of menses, resulting in symptoms such as feeling of heaviness in the belly, low back pain, pain with vaginal penetration, urinary frequency or incontinence, bowel difficulties or severe menstrual pain and flooding.

Did you know women of color are three to nine times more likely to have fibroids than white women, and theirs will grow more quickly?

The “root chakra” (lowermost energy center in the body, which includes the uterus) is said to store unexpressed anger. It is believed that any unwanted growths in these organs can be countered by allowing the anger to safely discharge.  One of our patient’s fibroids (and menstrual cramps) disappeared within three months of beginning a vigorous exercise program.

Warm castor oil packs on the belly, or ginger compresses (soak a towel in hot ginger water) relieve pain and help shrink the fibroids. The use of progesterone to treat women with uterine fibroids is hotly debated. One side holds that fibroids are created by a lack of progesterone. The other side makes, to my mind, the better case: that progesterone increases fibroids. Evidence? Fibroids increased in size during pregnancy, when progesterone production is high, and atrophy after menopause, when progesterone levels decrease.

Reduce fibroids by reducing your exposure to estrogen. Avoid:

Burning moxa (mugwort) over the area of the fibroid while you envision the heat releasing the treasures in your uterus is a great form of release.