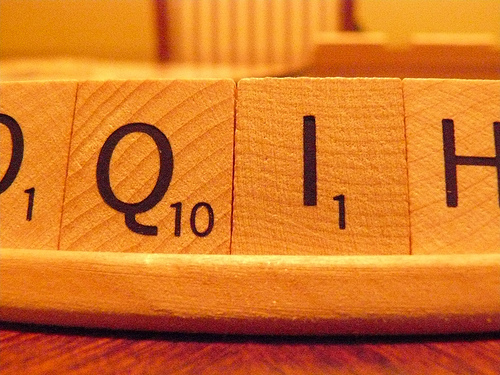 Let’s talk about Qi; Understanding what it is, what to expect, and how it affects you.

Most patients seeking out acupuncture have heard 2 things; that there are needles involved, and some sort of concept called Qi (pronounced “Chee”). Needles are pretty concrete, but the concept of Qi and what to expect from it can be nebulous at best. Patients have many questions about Qi; what it is, how it’s supposed to feel, and what to expect during treatment, to name a few. Here are some answers about Qi and how it might affect you.

At it’s most basic level, Qi can be considered the unseen energy connections inside all living things. Qi is both the generator and conductor that creates and then fuels all that we are, and mechanically affects all the ways that we perform. This manifests in each person as a complex combination of physical, mental, and emotional functions.  Acupuncture is a method of accessing the Qi within your body, with the purpose of stimulating and manipulating it to provide a desired result; to get the body to function as optimally as it can. What is optimal for each individual will vary depending on the current health of the patient, as well as their age, sex, lifestyle, habits, diet, and genetic predisposition. Currently, there is no direct correlating concept of the body’s connective energy network in Western medicine. While it is not a complete picture, one might consider Qi to be a combined group of substances (blood and oxygen) and synapses moving along and within the human body.  Regardless of Qi  correlating perfectly to Western medicine or not, years of extensive research conducted by the world’s leading health organizations (NIH, WHO) shows that acupuncture (aka Qi manipulation)  changes resting-state brain activity to promote analgesic, therapeutic, and healthful change for a variety of conditions 1 even if they do not use the term “Qi.”

2. What to expect during treatment…

During treatment, a series of sterile, single-use, very thin needles (approximately the width of a human hair) are strategically placed on various parts of the body and retained for a period of time dependent on the treatment goal. Each individual tends to experience the needle insertion and resultant sensation a little differently depending on their sex, hormonal level at the time of treatment, and overall level of health. Patients new to treatment are often pleasantly surprised to find out that there is typically very little to no pain from the insertion of acupuncture needles; just a small pinch if anything at all is felt. The average reaction after the first few needles is “Oh, that’s it? I imagined it would be far more painful!”
Typically, the activation of Qi occurs just after needle insertion, and sensations most often described are: a brief, mild ache under the skin’s surface that quickly dissipates, leaving a tingly feeling in it’s wake. Patients describe all-over body tingling, sensations of heaviness locally and/or heat, and sensations of bubbly internal movement throughout the body. Some describe a sensation of warmth/warm water rushing through them, or over a specific body part, followed by a deep sense of well-being and relaxation.  Many patients fall asleep before you have finished inserting all their needles! Some acupuncture points will feel more affected than others; this corresponds to your condition and what is going on in your body at that time.  Typically, the more your body needs treatment on a specific acupuncture point, the more you tend to feel it.  In addition, some days you feel the Qi movement more strongly than on other days. As each person’s physical and mental state varies slightly each day, and this affects the Qi and results in a slightly different sensation each time. Menstruating women, people who are overtired, stressed, or ill tend to be more senstitive to this.

3. The pleasant lingering after-effects of activated Qi – The acupuncture “high..”

As a direct result of acupuncture treatment, the brain also creates an endorphin release during and after treatment, and we commonly see patients “float” happily out the door after their treatment session. In Chinese medicine theory, the movement and free flow of Qi is essential to a healthy human being. If the Qi stagnates in one area or becomes sluggish, the patient suffers as a result. Whether you choose to call it “Qi” or not, Activating the Qi on a regular basis resets and reminds the body how it is supposed to perform, and how it can feel it’s best.
Best In Health,
Kim Schwartz-Finkelstein, L.Ac, MSTOM

Board Certified and licensed in acupuncture and Chinese Herbal Medicine